A phylogenetic approach toward the understanding of disjunct distributions of plant taxa in Western Ghats and northeastern India.

There are many Indian plant taxa with disjunct distributions in northeastern India and Western Ghats, raising several systematic and biogeographic questions. Such questions are best addressed in a phylogenetic context as presented in this review of nine genera (Arisaema Mart., Begonia L., Ceropegia L., Hoya R. Br., Impatiens L., Indigofera L., Rubus L., Strobilanthes Blume and Vitis L.). These genera were chosen because they contain species that are endemic and occur in either northeastern India or Western Ghats, and at least one species is included in global phylogenetic analyses. This review reveals that even with limited sampling within India, the phylogenetic studies are consistent with present understanding of the Indian flora: that it contains Chinese, South East Asian and African influences, and that the collision of India with Asia played a crucial role in the dispersal of some taxa into India. Some of these dispersals occurred soon after the collision (e.g., Arisaema at 45 ma), while others were more recent (Begonia at 15 ma from SE Asia). Other dispersals occurred between India and Africa (e.g., Begonia at 13.75 ma and Indigofera 13 ma). We analyzed new sequences of ITS and atpB-rbcL regions from nine species of Impatiens, combined with existing data. Our analysis of Impatiens suggests that there were not only dispersals from China and SE Asia into India, but also dispersals out of India into Africa and back into China and SE Asia. Furthermore, as in the case of Indigofera, the Indian and African species diverged at the most 10 million years ago, ruling out an ancient Gondwanan distribution. 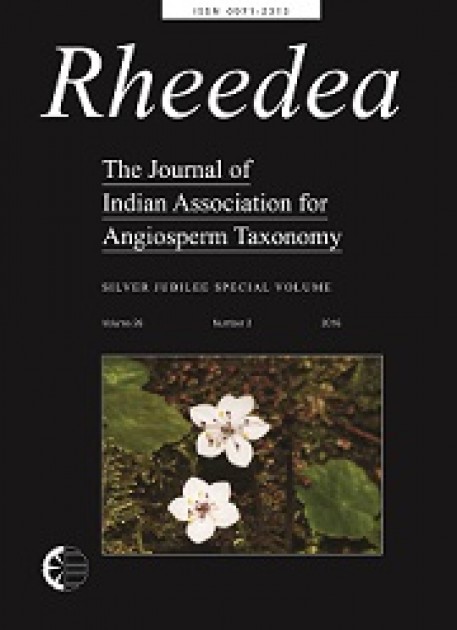