Nutlet micromorphology of Indian Leucas (Lamioideae: Lamiaceae) with emphasis on its systematic implication

Nutlet micromorphological characteristics in 40 taxa of Asian Leucas and two related species of African Leucas found in India were examined by light and scanning electron microscopy. Six types of basic ornamentation patterns can be distinguished: scalariform, verrucate, reticulate, ruminate, colliculate, and rugose. Of these, scalariform type was the most common and was found in all the sections of Asian Leucas, but the variation in alignment, size and shape of its composing cells provide further evidence in distinguishing the taxa. Verrucate, the second most frequent type was found in six species while other types were represented by only one to three species. However, the presence of colliculate sculpturing is more useful for separating African species from Asian Leucas. In Asian Leucas, nutlet size may be an important character rather than ornamentation for sectional division. Again, the type of glandular hairs on the nutlet apex can be used as a distinctive taxonomic character at specific level to separate L. martinicensis (Jacq.) R.Br. and L. urticifolia (Vahl) Sm. The results revealed high similarity of these taxa to the sect. Leucas. This study supports earlier observations on pericarp structure and subsequent phylogenetic analysis but is not in corroboration with the recent classification of Indian Leucas. 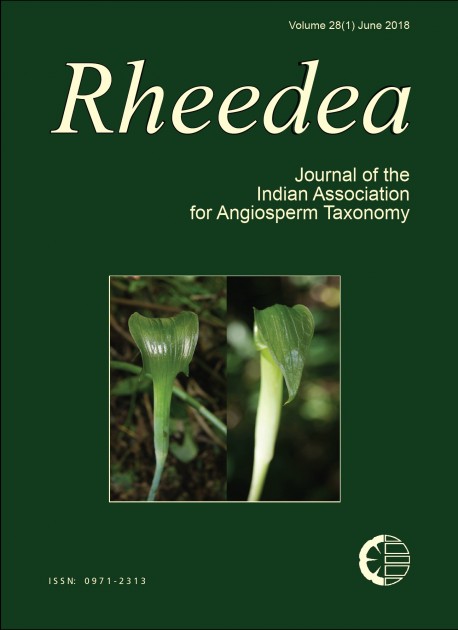