Rediscovery of Crotalaria meeboldii (Fabaceae), a threatened species after more than a century

Crotalaria meeboldii Dunn, a threatened endemic species confined to northeast India, has been rediscovered from a new locality in the same region after more than a century. Since its first collection in 1912, the species has been known only by its type specimens and assumed to be extinct. A detailed description of the species and photographs are provided here. The inflorescence was originally described as 50 cm long, but in the present investigation it is found that it is only up to 15 cm long. The species is assessed here as critically endangered (CR). 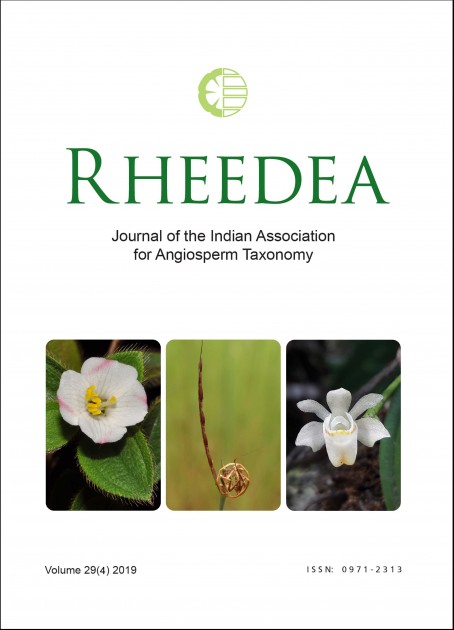