Bruguiera × rhynchopetala (W.C.Ko) N.C.Duke & X.J.Ge, a natural hybrid between mangrove species, B. gymnorhiza (L.) Lam. and B. sexangula (Lour.) Poir., is newly reported for India. This is the first time a Bruguiera hybrid has been reported outside the south-east Asian, east Asian and western Pacific region. The intermediate nature of this new entity for India was confirmed using morphometric analyses. It was observed within the reportedly threatened mangrove area of Vembanad lake which is the largest Ramsar site on the South West coast of India. These regions were noted for the co-occurrence of their putative parental taxa. Our report updates the currently existing distribution of B. × rhynchopetala and further challenges prior assumptions that populations of B. gymnorhiza and B. sexangula at their western limit of overlap show a greater degree of genetic separation between parent species. Also, it emphasises the urgency of conserving the Vembanad ecosystem and the biological diversity at risk. 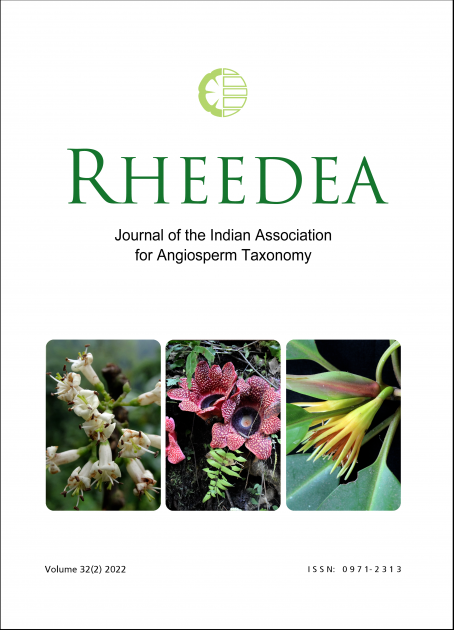